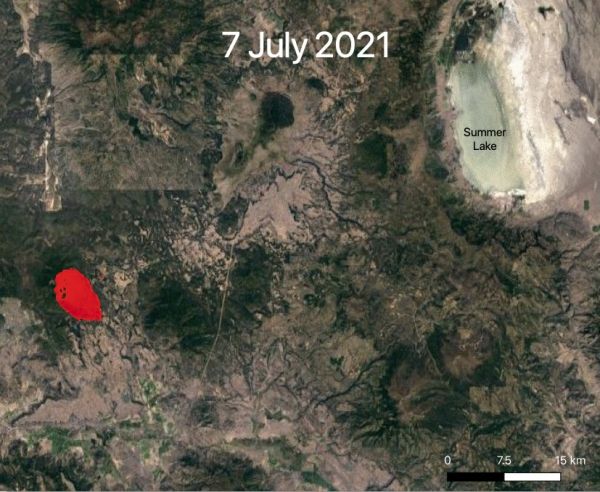 The instrument on the International Space Station is uniquely positioned to provide wildfire responders with a high-resolution look at fire progression.

NASA’s ECOsystem Spaceborne Thermal Radiometer Experiment on Space Station (ECOSTRESS) is aiding in the fight against fires in the Western U.S.

As of July 28, 2021, the size of the Bootleg Fire in southern Oregon was more than 410,000 acres, making it the largest wildfire currently burning in the U.S. So far, some 400 buildings and more than 340 vehicles have been destroyed. Wildfire responders have managed to contain about 53% of the fire, and new data from ECOSTRESS is helping.

ECOSTRESS measures surface temperature from the vantage point of the International Space Station, and its ability to observe fires of the Northwest US often twice per day at a high spatial resolution (around 70 meters) makes it ideal for tracking fires. Researchers on the RADR-Fire team at Pacific Northwest National Laboratory have been experimenting with ECOSTRESS data as part of a new tool now being implemented for first responders like the U.S. Forest Service.