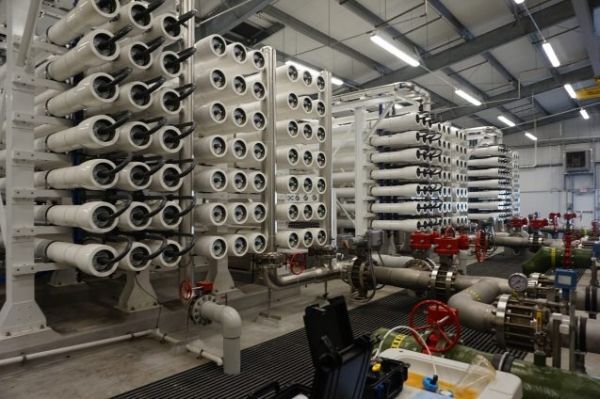 The United States and many other parts of the world are reeling under the impacts of severe drought. One possible solution is the desalination of seawater, but is it a silver bullet?

The Western United States is currently experiencing what one paleoclimatologist called “potentially the worst drought in 1,200 years.” The region has had many droughts in the past, including “megadroughts” that last decades, but climate change is making dry years drier and wet years wetter.

Higher temperatures heat the ground and air faster, and the increased evaporation dries the soil and decreases the amount of precipitation that reaches reservoirs. Warming also leads to less of the snow-pack needed to replenish rivers, streams, reservoirs and moisten soil in spring and summer.

About 44 percent of the U.S. is experiencing some level of drought with almost 10 percent in “exceptional drought.” Wildfires currently rage in 13 states, exacerbated by the hot and dry conditions. There have been unprecedented water cuts to the Colorado River—which provides water to seven states—and shutdowns of hydroelectric power plants. The aquifers of towns that depend on well water are depleted, forcing residents to truck in water.