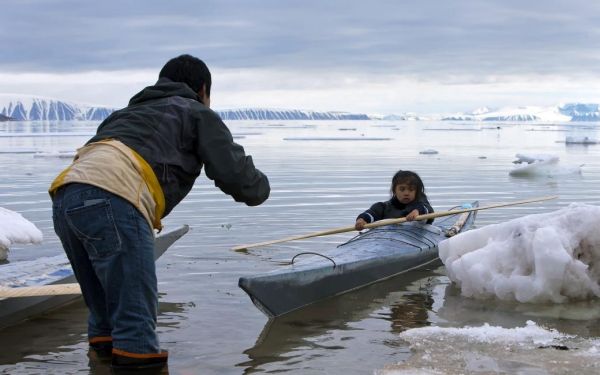 The most significant Arctic oasis is susceptible to climate change – researchers say that global warming is threatening the region’s ecosystem, and predict that the oasis will cease to exist.

The University of Helsinki’s Environmental Change Research Unit (ECRU) took part in an international study investigating the millennia-long history of the most important oasis in the Arctic and the potential effects of climate change on its future.

The North Water Polynya is an area of year-round open water located between northwest Greenland and Ellesmere Island, Canada, in northern Baffin Bay, which is otherwise covered by sea ice roughly eight months of the year (see the picture below). The area is known as an Arctic oasis, and one of the main migration routes of Greenland’s original population runs just north of the area.

In the study, microfossils and chemical biomarkers preserved in marine and lake sediments were analysed as keys to the past, exposing historical variation in the North Water Polynya in the past 6,000 years.

Continue reading at University of Helsinki

Image via University of Helsinki