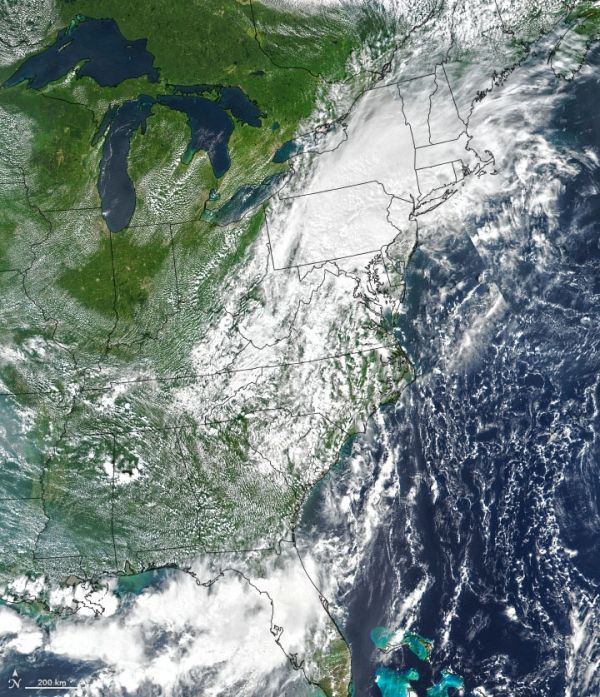 Many of the worst-hit areas in Delaware, Pennsylvania, New Jersey, and New York saw 6 to 10 inches of rain fall in just a few hours.

The strength of hurricane winds often attract the most attention, but meteorologists warn that water is the most dangerous part of a tropical cyclone. Ida is a good example.

Though Ida’s winds weakened after making landfall in Louisiana, the storm system upended daily life for millions of people and proved deadly for some. As it moved northward and joined with another storm system in the Northeast U.S., Ida unleashed destructive flash floods in Delaware, Pennsylvania, New Jersey, and New York. At times the storm poured several inches of rain per hour on areas that were just hit by heavy rains from Tropical Storm Henri.

The animation above shows the atmosphere’s total precipitable water vapor as Ida moved from the Gulf Coast to New England between August 27 and September 2, 2021. The data come from a version of a NASA model known as the Earth Observing System Data Assimilation System (GEOS DAS), which uses satellite data and mathematical representations of physical processes to calculate what was happening in the atmosphere.