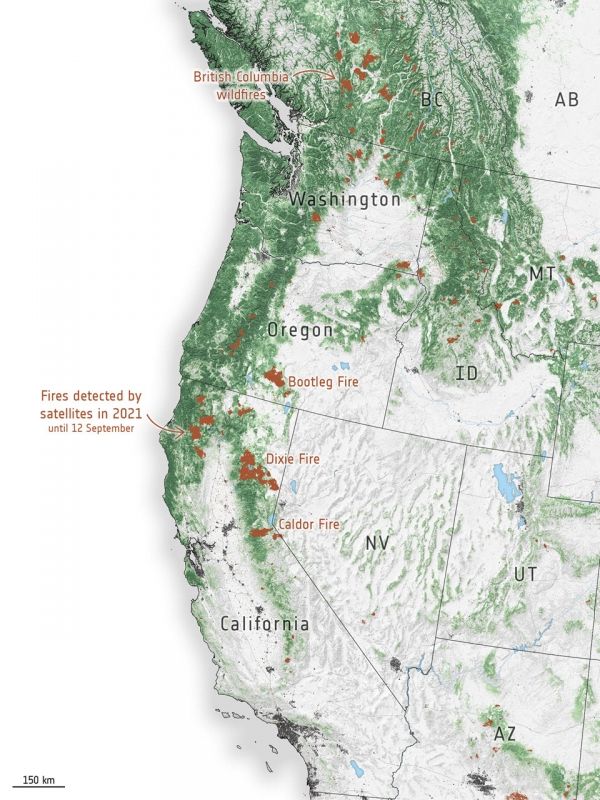 While wildfires are a natural part of California’s landscape, a severe drought, coupled with extreme temperatures, have sustained several major fires for much of August.

As of 14 September, more than 7000 wildfires have been recorded, burning over 900 000 hectares across the state.

The Dixie megablaze, the largest wildfire of the 2021 fire season and the second-largest blaze in recorded state history, has burned more than 388 000 hectares of mainly forested land and has destroyed more than 1200 buildings on its path. The fire, named after the road where is started, began on 13 July in the Feather River Canyon, and as of 14 September, is only 75% contained.

With thousands of firefighters continuing to battle the blaze, several were diverted to help harness the nearby Caldor Fire which has burned more than 88 700 hectares, threatening communities near Lake Tahoe before crossing the state’s border over to Nevada.