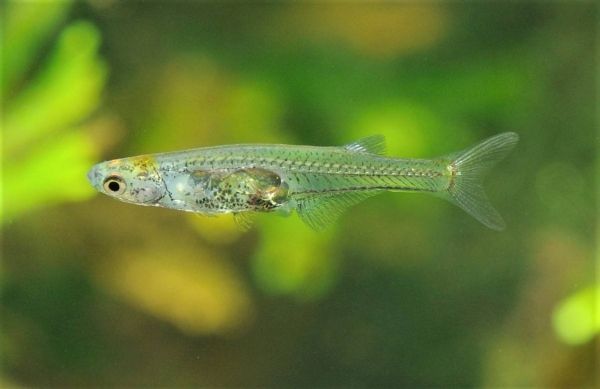 Thanks to its translucent body close in appearance to a related species, the Danionella cerebrum had been able to hide in plain sight.

Scientists identify and name new fish species around the globe practically every week. Some turn up in unlikely places, and others display unusual characteristics and behaviors. But it’s rare for an unidentified and unnamed fish to have played an important role in scientific research for several years before being officially identified and named.

Kevin Conway, associate professor in the Department of Ecology and Conservation Biology and curator of fishes at the Biodiversity Research and Teaching Collections in the College of Agriculture and Life Sciences at Texas A&M University is among a team of three international scientists from Germany, Switzerland and the U.S. who have discovered and classified a fish that has been swimming in the tanks of neuroscientists for years.

Danionella cerebrum is the newly described species with an open skull roof and small brain that is easily studied in situ at the cellular level under a microscope.