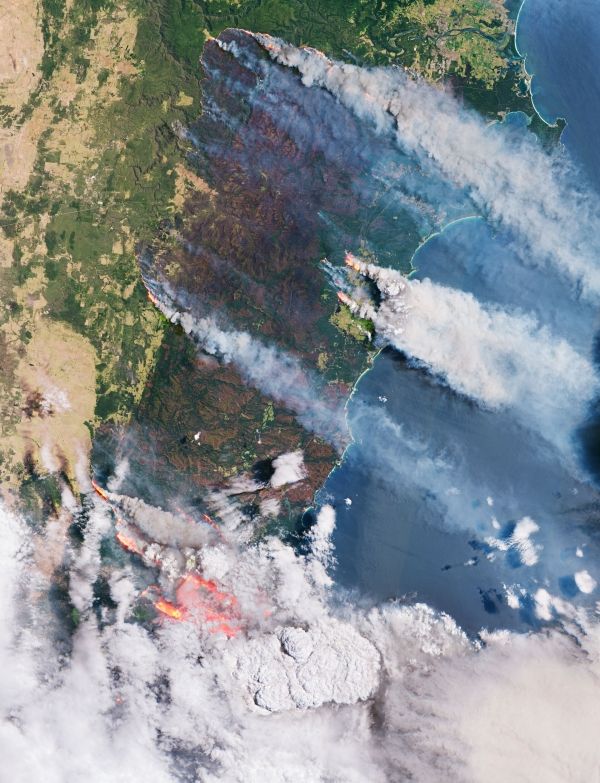 Australia’s deadly bushfires in the 2019-2020 season generated 700 million tonnes of carbon dioxide in the atmosphere – triggering vast algal blooms in the Southern Ocean.

Using satellite data, two new studies published in Nature prove how satellites can illuminate the complicated ways in which Earth is responding to climate change in an era of worsening wildfires.

Australia is no stranger to bushfires, however the 2019-2020 season proved to be unprecedented. As of March 2020, the fires burned an estimated 18.6 million hectares (or 186 000 sq km) destroying over 5000 buildings and killed over 400 people. It was estimated that more than a billion animals perished from the bushfires, with several endangered species facing the risk of total extinction.

Based on a new paper, published in Nature, the extreme bushfires across southeast Australia released 715 million tonnes of carbon dioxide into the air – more than double the emissions provided by fire emission inventory datasets. In southeast Australia, the fires were both intense and extensive. As much as 74 000 sq km of mostly eucalyptus forest, roughly 2.5 times the area of Belgium, was affected.