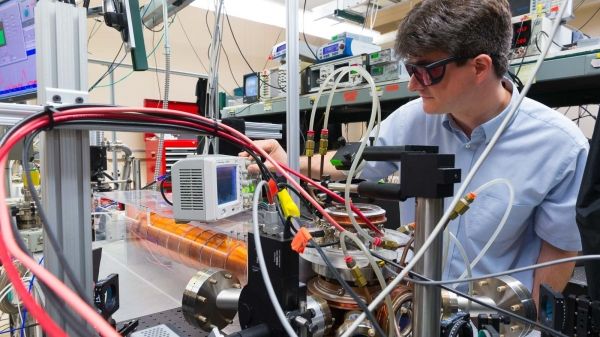 Florida is known for water. Between its beaches, swamps, storms and humidity, the state is soaked. And below its entire surface lies the largest freshwater aquifer in the nation.

The Floridan Aquifer produces 1.2 trillion gallons of water each year — that’s almost 2 million Olympic-sized swimming pools. It serves as a primary source of drinking water for over 10 million people and supports the irrigation of over 2 million acres. It also supplies thousands of lakes, springs and wetlands, and the environments they nurture.

But as glaciers melt due to global warming, rising sea levels threaten this water source — and other coastal aquifers — with the intrusion of saltwater. It’s more crucial than ever to study the history and behavior of water in these aquifers, and Florida’s dynamic water systems make it a prime testbed.