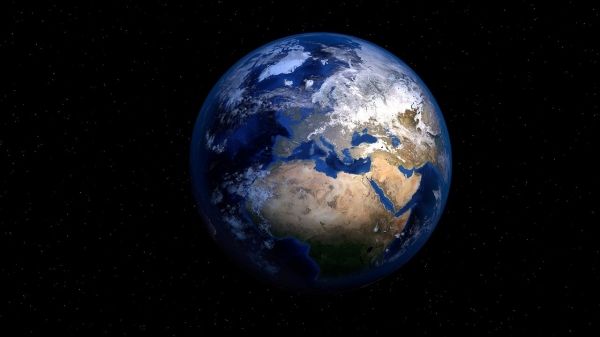 Warming ocean waters have caused a drop in the brightness of the Earth, according to a new study.

Warming ocean waters have caused a drop in the brightness of the Earth, according to a new study.

Researchers used decades of measurements of earthshine — the light reflected from Earth that illuminates the surface of the Moon — as well as satellite measurements to find that there has been a significant drop in Earth’s reflectance, or albedo, over the past two decades.

The Earth is now reflecting about half a watt less light per square meter than it was 20 years ago, with most of the drop occurring in the last three years of earthshine data, according to the new study in the AGU journal Geophysical Research Letters, which publishes high-impact, short-format reports with immediate implications spanning all Earth and space sciences.

That’s the equivalent of 0.5% decrease in the Earth’s reflectance. Earth reflects about 30% of the sunlight that shines on it.