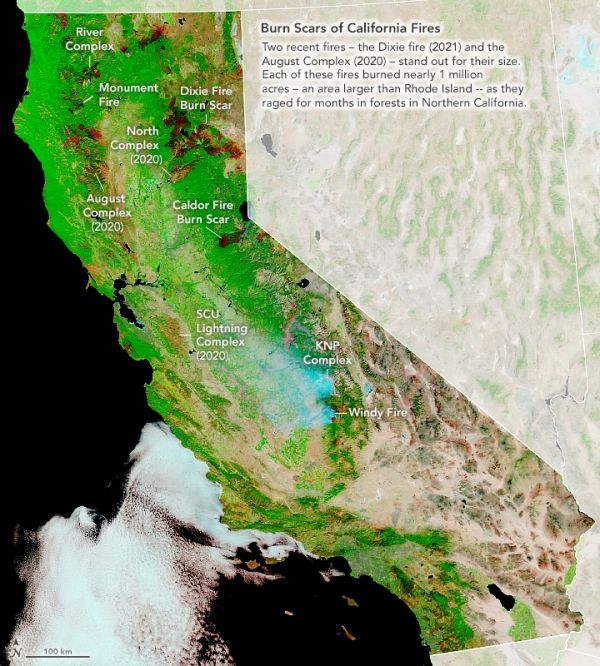 Climate change has helped fuel California’s surge of unusually large and destructive fires by exacerbating heat waves and droughts, but climate is not the only factor contributing to the surge. More than a century of fire suppression has caused excessive amounts of dead trees, leaf litter, and dried brush to build up in forests.

Meanwhile, California’s increasing population means that many more people now live and work in areas that are prone to fire. The consequences of all the fires are remarkable, even from space.

The false-color image at the top of the page shows burn scars left by large fires that burned in recent years, including the two largest incidents on record in California: the August fire complex and the Dixie fire. The image was captured by the Moderate Resolution Imaging Spectroradiometer (MODIS) on NASA’s Terra satellite on September 21, 2021.