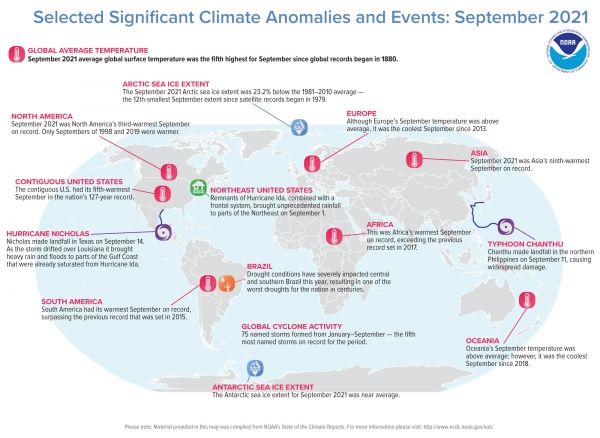 The world just saw its fifth-warmest September since 1880, according to scientists at NOAA’s National Centers for Environmental Information. September added to a warm string of months for 2021 so far, making for the sixth-warmest year-to-date on record.

According to NCEI’s Global Annual Temperature Rankings Outlook, 2021 is almost certain (a more than 99% chance) to rank among the 10-warmest years on record. Here’s more highlights from NOAA’s September global climate report: