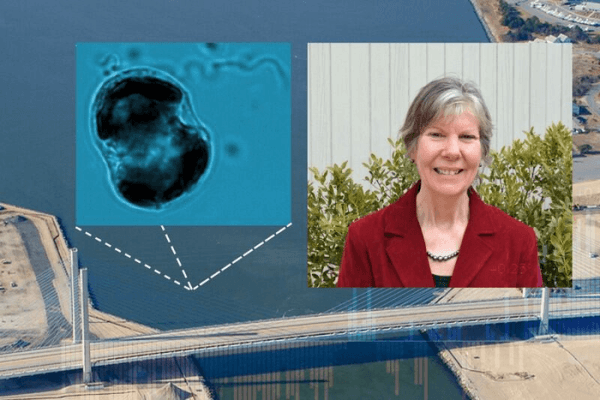 When algae go wild, bad things can happen, especially when those algae produce toxic substances. The ripple effects can be potent and long-lasting.

When algae go wild, bad things can happen, especially when those algae produce toxic substances. The ripple effects can be potent and long-lasting.

Examples include the so-called “dead zone” that arises periodically in the Chesapeake Bay, when decaying algal blooms suck the oxygen out of an area and threaten all plant and animal life there. Toxins produced by a 2014 algal bloom in Lake Erie polluted the water supply of Toledo, Ohio, forcing a closure of a water plant there. These harmful blooms can be deadly to water-loving dogs, cause illness in humans and wreak havoc on a region’s economy.

Scientists have shown how warming temperatures contribute to an increasing number of these harmful algal blooms.

A new study shows how changes in light conditions have a significant influence on the growth and impact of these algae. The study, led by University of Delaware Associate Professor Kathryn Coyne of the College of Earth Ocean and the Environment, was published Wednesday, Oct. 27 in PLOS ONE.

Read more at: University of Delaware

Kathryn Coyne is associate professor of marine biosciences in UD’s College of Earth, Ocean and Environment. She led a new study showing that the warming climate will increase the number of harmful algae blooms.