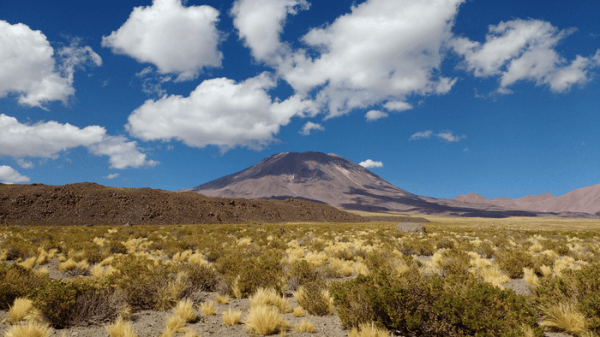 An international team of researchers has identified genes associated with plant survival in one of the harshest environments on Earth: the Atacama Desert in Chile. Their findings, published in Proceedings of the National Academy of Sciences (PNAS), may help scientists breed resilient crops that can thrive in increasingly drier climates.

“In an era of accelerated climate change, it is critical to uncover the genetic basis to improve crop production and resilience under dry and nutrient-poor conditions,” said Gloria Coruzzi, Carroll & Milton Petrie Professor in the New York University (NYU) Department of Biology and Center for Genomics and Systems Biology, who co-led the study with Rodrigo Gutiérrez.

The study was an international collaboration among botanists, microbiologists, ecologists, evolutionary and genomic scientists. This unique combination of expertise enabled the team to identify the plants, associated microbes, and genes that enable the Atacama plants to adapt to and flourish in extreme desert conditions, which could ultimately help to enhance crop growth and reduce food insecurity.

Image: The Chilean research team established an unparalleled “natural laboratory” in the Atacama Desert in northern Chile, one of the driest and harshest environments on Earth. (Credit: Melissa Aguilar)