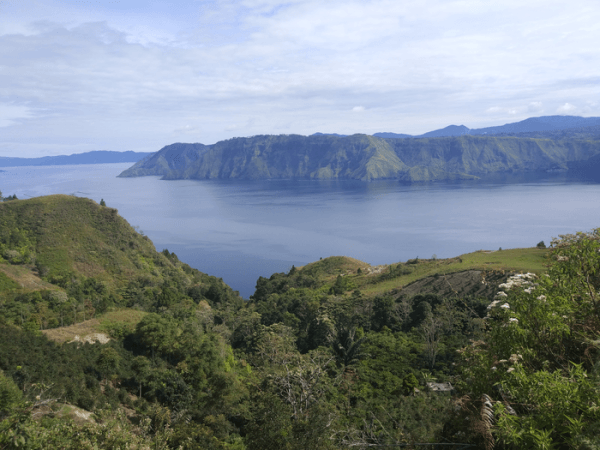 It is estimated that about 5-10 volcanoes worldwide are capable of producing a super-eruption that could catastrophically affect global climate.

It is estimated that about 5-10 volcanoes worldwide are capable of producing a super-eruption that could catastrophically affect global climate. One of these volcanoes hides below the waters of Lake Toba in Sumatra and has caused two super-eruptions in the last one million year. But when will the next one be? Will there be any warning signs? To answer these questions, an international team of geologists led from the University of Geneva (UNIGE), Switzerland, and Peking University, China, developed an analysis of the levels of uranium and lead in zircons – a mineral typically found in explosive volcanic eruptions – to determine how long it took the volcano to prepare for its super-eruptions. Unfortunately, these results, published in the journal Proceedings of the National Academy of Sciences (PNAS), refute the notion that unusual geological signs would herald an imminent super-eruption. Instead, the magma silently accumulated in the magma reservoir until these massive explosions occur.

The Toba volcano in Sumatra caused two of the largest eruptions known on the Earth: the first 840,000 years ago, the second 75,000 years ago, each measuring about 2’800 km3, enough to blanket the whole of Switzerland with 7 cm thick of ash, and representing 70,000 times the amount of magma erupted to this moment by the ongoing La Palma eruption. Two other smaller eruptions took place, one 1.4 million years ago and the other 500,000 years ago.

Geologists from UNIGE and Peking University are interested in the Toba volcano because there is no historical record of human response to a super-eruption of the size that it produced in the past. Such an event would affect the global climate and pose numerous problems, particularly in terms of food supply, not to mention the migration of populations. “Toba volcano forms a caldera, meaning that previous eruptions have created a large depression that is occupied today by meteoric water”, explains Luca Caricchi, professor at the Department of Earth Sciences at the UNIGE Faculty of Science and co-author of the study. At the centre of the lake is an island that raised from the water because of the push of the magma injected in the subvolcanic reservoir. “We can see that this island is gradually increasing in height, indicating that the volcano is active and that magma is accumulating underneath”, says Ping-Ping Liu, a professor at the Faculty of Earth and Space Sciences of Peking University and leading author of the article. But are we close to the next super-eruption?

Image: Photo of Lake Toba in Sumatra and its island created by the accumulation of magma in the volcano’s magma reservoir. (Credit: © UNIGE)