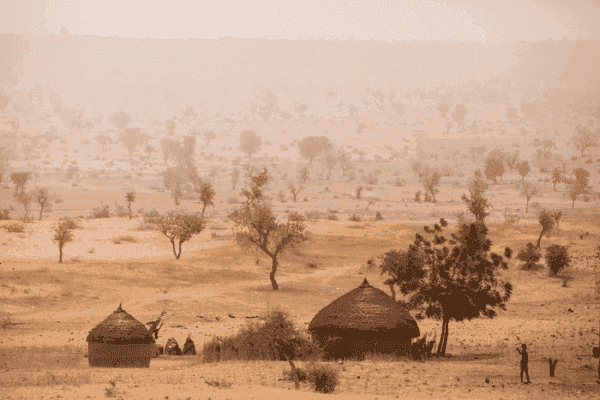 The Sahel extends south of the Sahara from Senegal in the west to Ethiopia in the east of Africa.

The Sahel extends south of the Sahara from Senegal in the west to Ethiopia in the east of Africa. Vast areas of the formerly fertile region are now virtually uncultivated. Reasons are droughts, poor agricultural cultivation methods as well as overuse due to the growing demand for food and firewood.

The "Great Green Wall" initiative aims to compensate for and reverse this loss through mass planting of native trees and grasses. 100 million hectares of land are to be restored in this way. So far, however, this ambitious goal is very far from being achieved - partly because of a lack of financial resources.

However, this could change in the future: Earlier this year, various donor countries pledged nearly $15 billion to the project at the One Planet Summit for Biodiversity. "In order to use these funds efficiently, we now have to ask ourselves where and for which measures they should be used most sensibly," emphasizes Dr. Alisher Mirzabaev of the Center for Development Research (ZEF) at the University of Bonn.

Image: A typical village of the Sahel region in Niger (Credit: © FAO, http://www.fao.org/in-action/action-against-desertification/en)