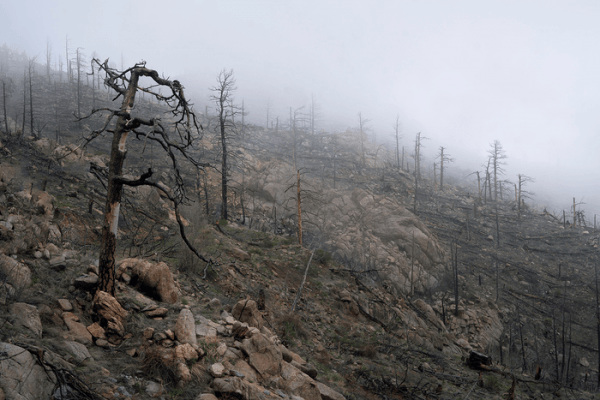 Refugees are on the move in forests across the western U.S. As climate conditions change, the ranges of tree species are shifting, especially toward cooler or wetter sites.

Refugees are on the move in forests across the western U.S. As climate conditions change, the ranges of tree species are shifting, especially toward cooler or wetter sites. A new Stanford analysis provides some of the first empirical evidence that wildfire is accelerating this process, likely by reducing competition from established species. The study, published Nov. 15 in Nature Communications, raises questions about how to manage land in an era of shifting ecosystems – a key issue as President Biden prepares to sign into law an infrastructure bill that allocates more than $5 billion for forest restoration and wildfire risk reduction.

“Complex, interdependent forces are shaping the future of our forests,” said study lead author Avery Hill, a graduate student in biology at Stanford’s School of Humanities & Sciences. “We leveraged an immense amount of ecological data in the hopes of contributing to a growing body of work aimed at managing these ecosystem transitions.”

As the climate changes, animal and plant species are shifting their ranges toward conditions suitable for their growth and reproduction. Past research has shown that plant ranges are shifting to higher, cooler elevations at an average rate of almost five feet per year. In many studies, these range shifts lag behind the rate of climate change, suggesting that some species may become stranded in unsuitable habitats. The factors that impact plant species’ ability to keep up with climate change are key to maintaining healthy populations of the dominant trees in western forests, yet have remained largely mysterious.