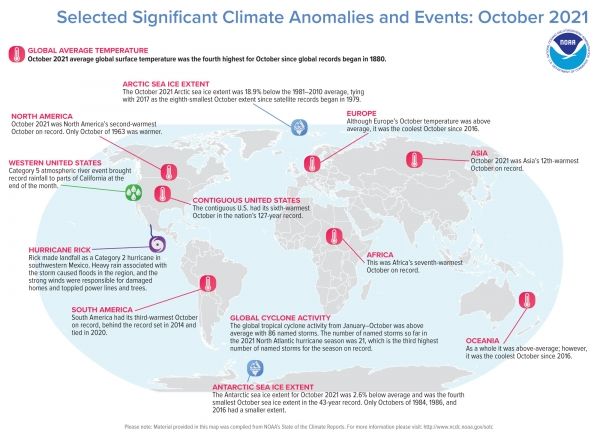 October 2021 ranked as the fourth-warmest October in 142 years, according to scientists at NOAA’s National Centers for Environmental Information.

Climate by the numbers - October 2021
The average global land and ocean surface temperature in October was 1.60 degrees F (0.89 of a degree C) above the 20th-century average of 57.2 degrees F (14.0 degrees C), making it the fourth-warmest October in the global climate record.

The last eight Octobers (2014-2021) all rank among the eight warmest Octobers on record.