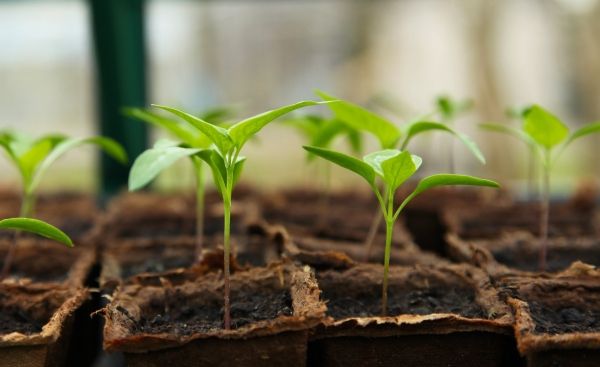 Crop improvement often involves the transfer of genetic material from one organism to another to produce a valuable trait.

Crop improvement often involves the transfer of genetic material from one organism to another to produce a valuable trait. Some major examples of crops with these so-called “transgenes” include disease-resistant cotton and beta-carotene-enhanced golden rice. However, when foreign DNA is introduced into a host organism, a natural defensive response in plants is to repress or silence the expression of the unfamiliar genetic material. This “silencing,” a process known to involve DNA methylation, is a multimillion-dollar problem in the global agricultural improvement industry. Research spearheaded by Keith Slotkin, PhD, member, Donald Danforth Plant Science Center and associate professor, Division of Biological Sciences, University of Missouri Columbia, has established a new understanding as to how DNA methylation begins in the first place – in other words, how the silencing of new and foreign genetic material is triggered in plants. These findings, An siRNA-guided ARGONAUTE protein directs RNA Polymerase V to initiate DNA methylation, were recently published in the scientific journal Nature Plants.

As the culmination of four years of work by the Slotkin laboratory’s graduate students, postdoctoral associates, and technicians, all of whom are represented as authors, their work has substantial implications for reducing the cost and effort that goes into producing transgenic crops. “Gene silencing is a key bottleneck that is inhibiting plant improvement… no matter what new trait a plant biologist works on, they are going to have to fight against the tidal wave of gene silencing,” said Slotkin. Normally, breeders need to start with thousands of plants to identify the few that express, instead of repress, the trait of interest. By discovering how and why DNA methylation occurs, this work enables crop breeders to avoid the silencing of the trait from the outset. “One day we could start with three plants instead of thousands. All of the time and money that is usually put into producing a crop is slimmed down,” said Slotkin.