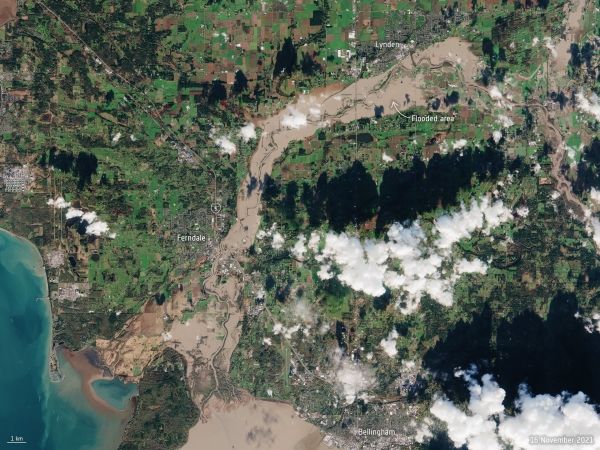 The US State of Washington is under a state of emergency following days of severe wind and rain leading to extensive flooding in parts of the state.

The extreme weather was caused by an atmospheric river, a huge plume of moisture extending over the Pacific and into Washington. Different satellites in orbit carry different instruments that can provide us with a wealth of complementary information to understand and to respond to flooding disasters.

The first image captured by the Copernicus Sentinel-2 mission shows the extent of the floods in the Nooksack River, which spilled over its banks this week and washed out several roads in the process. The flooding forced the evacuation of hundreds of residents and lead to the closure of schools.

More than 158 000 people were affected by power outages and disruptions to other services. The conditions triggered mudslides in the region, prompting the closure of the Interstate 5, but it has since reopened.