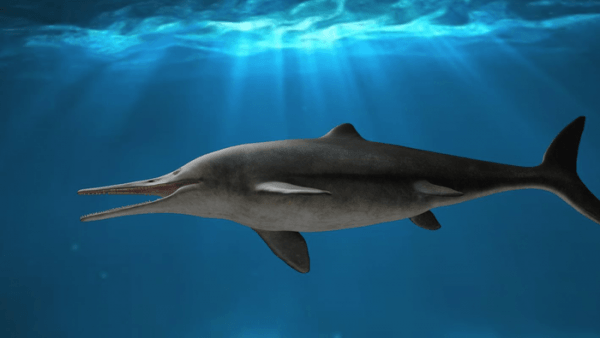 A team of international researchers from Canada, Colombia, and Germany has discovered a new marine reptile.

A team of international researchers from Canada, Colombia, and Germany has discovered a new marine reptile. The specimen, a stunningly preserved metre-long skull, is one of the last surviving ichthyosaurs – ancient animals that look eerily like living swordfish.

“This animal evolved a unique dentition that allowed it to eat large prey,” says Hans Larsson, Director of the Redpath Museum at McGill University. “Whereas other ichthyosaurs had small, equally sized teeth for feeding on small prey, this new species modified its tooth sizes and spacing to build an arsenal of teeth for dispatching large prey, like big fishes and other marine reptiles.”

“We decided to name it Kyhytysuka which translates to ‘the one that cuts with something sharp’ in an indigenous language from the region in central Colombia where the fossil was found, to honour the ancient Muisca culture that existed there for millennia,” says Dirley Cortés, a graduate student under the supervision of Hans Larsson and Carlos Jaramillo of the Smithsonian Tropical Research Institute.