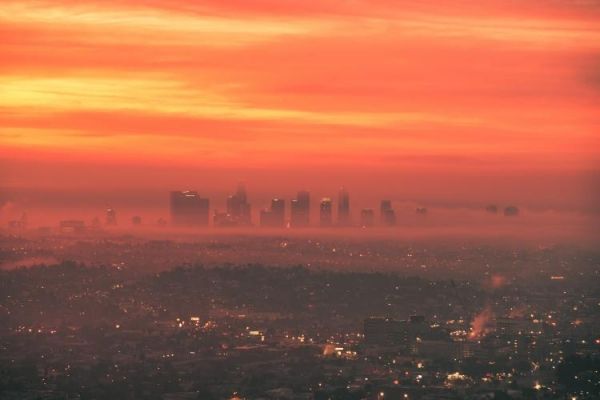 The study is the first to explore how vehicles churn out ammonia across an entire urban center using satellites in space.

As coronavirus cases popped up across California in March 2020, the previously impossible happened in Los Angeles County: The region’s normally bumper-to-bumper traffic slowed by roughly 24%. Lucky drivers were now, suddenly, able to make it from Burbank to Santa Monica at rush hour on the 101 and 405 in less than 50 minutes.

A team of scientists led by CU Boulder are using the once-in-a-lifetime event to answer an unusual question: How much do vehicles in a city like Los Angeles add to the ammonia emissions that can hang in the air and sicken residents?

The group’s findings, published Nov. 23 in the journal Environmental Science & Technology Letters, may spell bad news for a region that loves its cars. Ammonia is a common pollutant that can react to form small particles in the air that are a major cause of respiratory and cardiovascular disease, especially in densely populated areas. The researchers show that city vehicles may spew a lot more of these molecules than state and federal agencies have believed.

Continue reading at University of Colorado at Boulder

Image via University of Colorado at Boulder