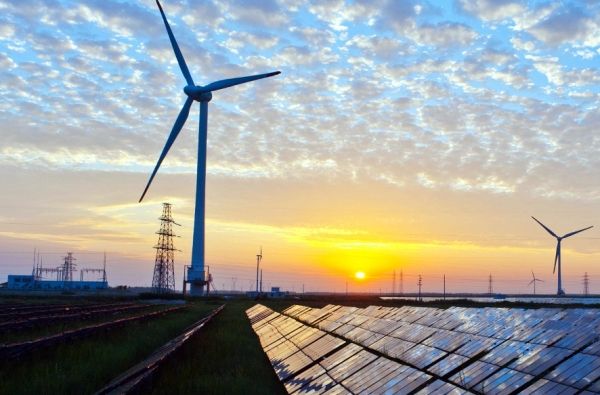 For some, visions of a future powered by clean, renewable energy are clouded by fears of blackouts driven by intermittent electricity supplies.

For some, visions of a future powered by clean, renewable energy are clouded by fears of blackouts driven by intermittent electricity supplies. Those fears are misplaced, according to a new Stanford University study(link is external) that analyzes grid stability under multiple scenarios in which wind, water and solar energy resources power 100% of U.S. energy needs for all purposes. The paper, just published in Renewable Energy, finds that an energy system running on wind, water and solar coupled with storage avoids blackouts, lowers energy requirements and consumer costs, while creating millions of jobs, improving people’s health, and reducing land requirements.

“This study is the first to examine grid stability in all U.S. grid regions and many individual states after electrifying all energy and providing the electricity with only energy that is both clean and renewable,” said study lead author Mark Z. Jacobson, a professor of civil and environmental engineering at Stanford. “This means no fossil fuels, carbon capture, direct air capture, bioenergy, blue hydrogen or nuclear power”

Imagine all cars and trucks were powered with electric motors or hydrogen fuel cells, electric heat pumps replaced gas furnaces and water heaters and wind turbines and solar panels replaced coal and natural gas power plants. The study envisions those and many more transitions in place across the electricity, transportation, buildings and industrial sectors in the years 2050 and 2051. The scenario is not as far-fetched as it may seem, according to Jacobson and his coauthors. Wind, water and solar already account for almost 20% of US electricity, and 15 states and territories and more than 180 U.S. cities have enacted policies requiring a virtually all-renewable electricity sector, among other signs of a larger shift to clean, renewable energy.