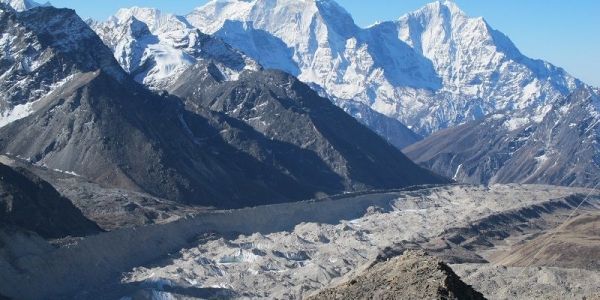 The accelerating melting of the Himalayan glaciers threatens the water supply of millions of people in Asia, new research warns.

The study, led by the University of Leeds, concludes that over recent decades the Himalayan glaciers have lost ice ten times more quickly over the last few decades than on average since the last major glacier expansion 400-700 years ago, a period known as the Little Ice Age.

The study also reveals that Himalayan glaciers are shrinking far more rapidly than glaciers in other parts of the world – a rate of loss the researchers describe as “exceptional”.

The paper, which is published in Scientific Reports, made a reconstruction of the size and ice surfaces of 14,798 Himalayan glaciers during the Little Ice Age. The researchers calculate that the glaciers have lost around 40 per cent of their area – shrinking from a peak of 28,000 km2 to around 19,600 km2 today.