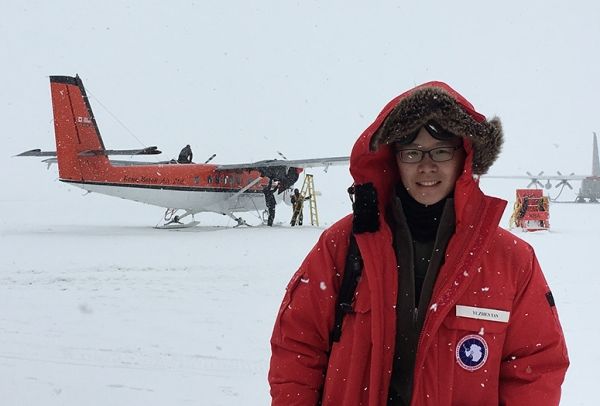 An unknown culprit has been removing oxygen from our atmosphere for at least 800,000 years, and an analysis of air bubbles preserved in Antarctic ice for up to 1.5 million years has revealed the likely suspect.

“We know atmospheric oxygen levels began declining slightly in the late Pleistocene, and it looks like glaciers might have something to do with that,” said Rice University’s Yuzhen Yan, corresponding author of the geochemistry study published in Science Advances. “Glaciation became more expansive and more intense about the same time, and the simple fact that there is glacial grinding increases weathering.”

Weathering refers to the physical and chemical processes that break down rocks and minerals, and the oxidation of metals is among the most important. The rusting of iron is an example. Reddish iron oxide forms quickly on iron surfaces exposed to atmospheric oxygen, or O2.