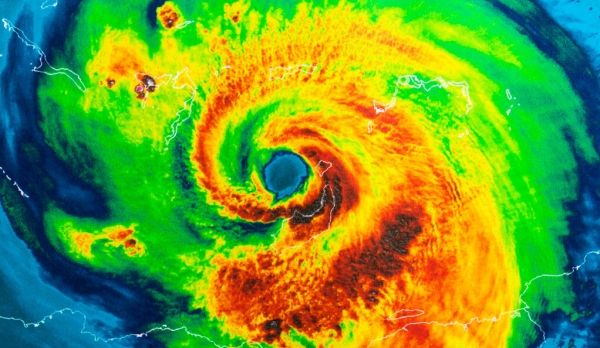 While an increase in tropical cyclones is commonly cited as a harbinger of climate change, much remains unclear about how sensitive they are to the planet’s average temperature.

A new, Yale-led study suggests the 21st century will see an expansion of hurricanes and typhoons into mid-latitude regions, which includes major cities such as New York, Boston, Beijing, and Tokyo.

Writing in the journal Nature Geoscience, the study’s authors said tropical cyclones — hurricanes and typhoons — could migrate northward and southward in their respective hemispheres, as the planet warms as a result of anthropogenic greenhouse gas emissions. 2020’s subtropical storm Alpha, the first tropical cyclone observed making landfall in Portugal, and this year’s Hurricane Henri, which made landfall in Connecticut, may be harbingers of such storms.

“This represents an important, under-estimated risk of climate change,” said first author Joshua Studholme, a physicist in Yale’s Department of Earth and Planetary Sciences in the Faculty of Arts and Sciences, and a contributing author on the United Nations’ Intergovernmental Panel on Climate Change sixth assessment report published earlier this year.

“This research predicts that the 21st century’s tropical cyclones will likely occur over a wider range of latitudes than has been the case on Earth for the last 3 million years,” Studholme said.