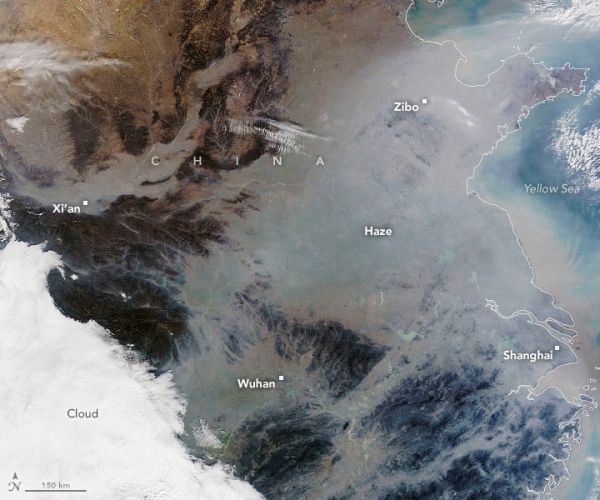 Even while skies are clearing over China, one type of particulate pollution continues to cause problems.

The Moderate Resolution Imaging Spectroradiometer (MODIS) on NASA’s Terra satellite acquired this natural-color image of northeastern China on January 3, 2022. A pall of gray haze hangs over valleys and other low-lying areas, partially obscuring cities, farmland, lakes, and other features that would normally be more visible. The bright areas on the lower left of the image are clouds.

On the day that the image was acquired, several ground-based sensors in the region reported levels of fine particulate matter (PM2.5) in the very unhealthy and hazardous range, according to data published by The World Air Quality Project. That means PM2.5 levels were several times higher than the World Health Organization’s recommended limit of an average of 15 micrograms averaged over a day.