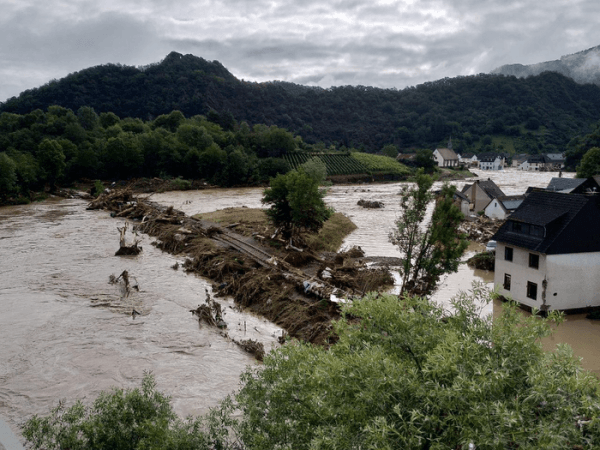 When it comes to extreme weather, climate change usually gets all the attention.

When it comes to extreme weather, climate change usually gets all the attention. But according to a study from The University of Texas at Austin and two universities in China, the unique effects of cities – which can intensify storms and influence where rain falls – need to be accounted for as well.

“In addition to cutting emissions we need to recognize that understanding the effects of urbanization is part of the solution,” said Dev Niyogi, a professor in the UT Jackson School of Geosciences and Cockrell School of Engineering.

Niyogi is a co-author on a study published in Geophysical Research Letters that used computer models to investigate how cities and climate change influenced the rainstorm that struck the Rotterdam-Brussels-Cologne metropolitan region on July 14, 2021.

The model found that the interplay of large-scale climate and local-scale urbanization intensified the storm, causing more rainfall than either climate or urbanization on its own.

Image: The town of Altenahr in Altenburg, Germany was almost entirely submerged due to flooding caused by the July 2021 storm. (Credit: Martin Seifert)