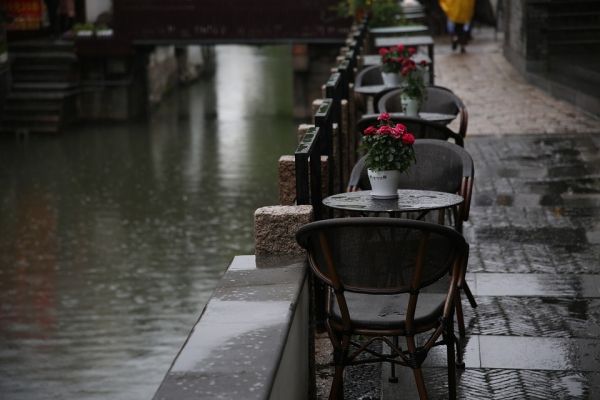 Economic growth goes down when the number of wet days and days with extreme rainfall go up, a team of Potsdam scientists finds.

Economic growth goes down when the number of wet days and days with extreme rainfall go up, a team of Potsdam scientists finds. Rich countries are most severely affected and herein the manufacturing and service sectors, according to their study now published as cover story in the renowned science journal Nature. The data analysis of more than 1.500 regions over the past 40 years shows a clear connection and suggests that intensified daily rainfall driven by climate-change from burning oil and coal will harm the global economy.

“This is about prosperity, and ultimately about people’s jobs. Economies across the world are slowed down by more wet days and extreme daily rainfall – an important insight that adds to our growing understanding of the true costs of climate change,” says Leonie Wenz from the Potsdam Institute for Climate Impact Research (PIK) and the Mercator Research Institute on Global Commons and Climate Change (MCC) who led the study.

“Macro-economic assessments of climate impacts have so far focused mostly on temperature and considered – if at all – changes in rainfall only across longer time scales such as years or months, thus missing the complete picture," explains Wenz. "While more annual rainfall is generally good for economies, especially agriculturally dependent ones, the question is also how the rain is distributed across the days of the year. Intensified daily rainfall turns out to be bad, especially for wealthy, industrialized countries like the US, Japan, or Germany.”