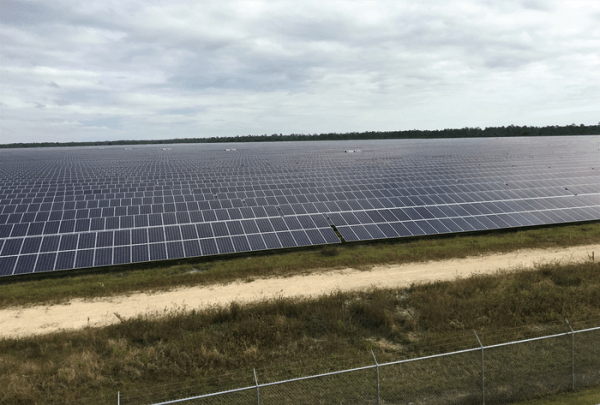 Once ranging throughout the southeastern United States, the only breeding population of the endangered Florida panther (Puma concolor coryi) is restricted to a little more than 5 percent of its historic range in South Florida. Florida panthers need corridors for dispersal, which most commonly occurs when they leave their maternal range to head out on their own. Moreover, they have very large home ranges – males need about 200 square miles, and their survival relies on their ability to move from protected area to protected area through wildlife corridors.

Researchers from Florida Atlantic University conducted the first study documenting the effect of USSE facilities on both habitat suitability and broad-scale connectivity of suitable habitat for any large carnivore. The study encompassed Peninsular Florida, excluding the Panhandle region, and focused on 45 installed or planned USSE facilities equaling about 27,688 acres – the average area of a USSE plant was about 615 acres.