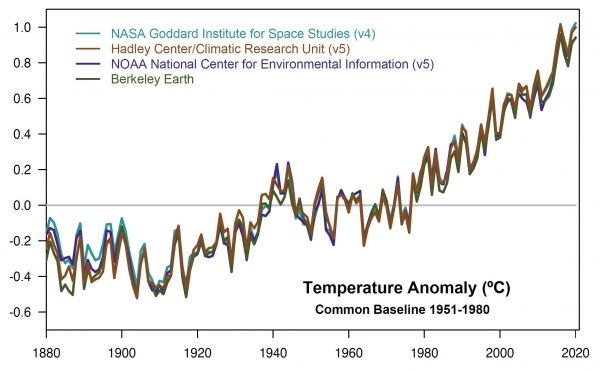 2021 was tied for the sixth warmest year on NASA’s record, stretching more than a century.

2021 tied with 2018 as the sixth warmest year on a record that extends back to 1880, according to NASA’s annual analysis of global average temperatures. The year contributed to an unprecedented, but well-understood trend in which the last eight years have been the warmest ever recorded.

Scientists at NASA’s Goddard Institute for Space Studies (GISS) in New York City produce this record using data from instruments all over the world, which is validated by satellite data. Scientists update the record every year, maintaining one of the world’s most important datasets to study the extent, pace and causes of warming on our home planet.

Here, we answer six questions to help you understand the GISS global surface temperature analysis, what it shows about 2021 and how NASA makes sense of the data.