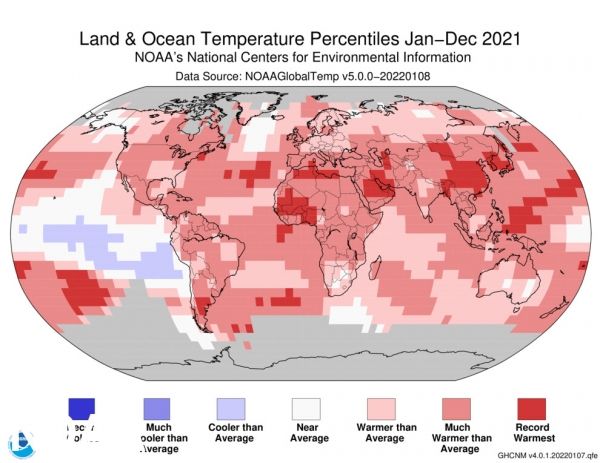 After two consecutive years (2019 and 2020) that ranked among the top three warmest on record, Earth was a slightly cooler planet in 2021. But not by much.

According to an analysis by scientists at NOAA's National Centers for Environmental Information (NCEI), 2021 ranked sixth on the list of warmest years on record, dating back to 1880.

It also marked the 45th consecutive year (since 1977) with global temperatures rising above the 20th-century average. The years 2013-2021 all rank among the ten-warmest years on record.