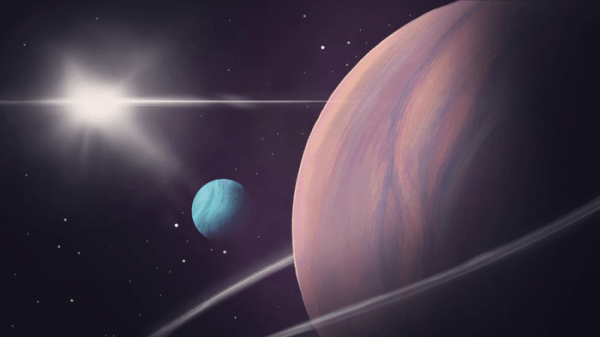 Astronomers have reported a second, super-sized moon orbiting a Jupiter-sized planet beyond our solar system.

Astronomers have reported a second, super-sized moon orbiting a Jupiter-sized planet beyond our solar system. If confirmed, the sighting could mean that exomoons are as common in the universe as exoplanets, and that big or small, such moons are a feature of planetary systems.

But it could be a long wait. The first-ever sighting of an exomoon four years ago is still awaiting confirmation, and verification of this newest candidate could be as equally long and contentious.

The discovery, published in Nature Astronomy, was led by David Kipping and his Cool Worlds Lab at Columbia University, which reported the first exomoon candidate in 2018.

“Astronomers have found more than 10,000 exoplanet candidates so far, but exomoons are far more challenging,” said Kipping, who has spent the last decade hunting for exomoons. “They are terra incognita.”

Image: The discovery of a second exomoon candidate hints at the possibility that exomoons may be as common as exoplanets. (Credit: Helena Valenzuela Widerström)