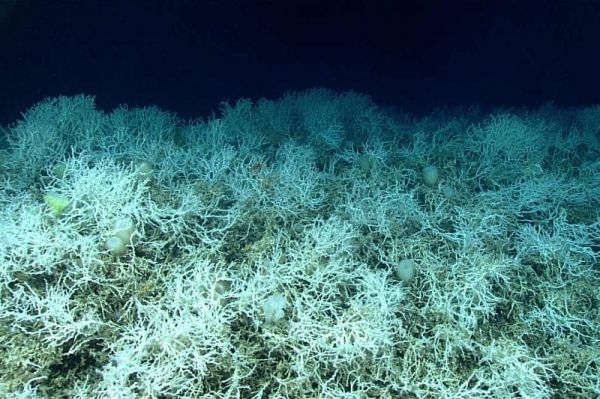 Coral and Sponge Observations - Expeditions resulted in a 450 percent increase in the number of coral and sponge observations in the West Florida Wall. This area is of particular interest to the Gulf of Mexico Fishery Management Council due to its significant coral aggregations. These records informed the Council’s decision to combine three small proposed protected areas into one much larger and more effective one

Massive Coral Mounds - Mapping revealed that the central Blake Plateau, which was originally thought to be soft sediment, is actually covered with extensive mound features. They are composed primarily of Lophelia pertusa coral communities. Researchers have named this ecosystem “Million Mounds” and it contains some of the thickest Lophelia aggregates in the region.