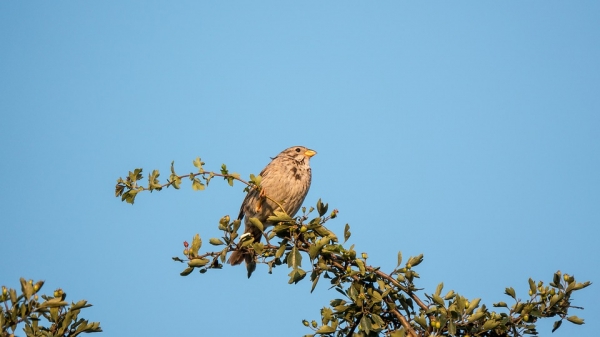 Staggering declines in bird populations are taking place around the world.

Staggering declines in bird populations are taking place around the world. So concludes a study from scientists at multiple institutions, published today in the journal Annual Review of Environment and Resources. Loss and degradation of natural habitats and direct overexploitation of many species are cited as the key threats to avian biodiversity. Climate change is identified as an emerging driver of bird population declines.

"We are now witnessing the first signs of a new wave of extinctions of continentally distributed bird species," says lead author Alexander Lees, senior lecturer at Manchester Metropolitan University in the United Kingdom and also a research associate at the Cornell Lab of Ornithology. "Avian diversity peaks globally in the tropics and it is there that we also find the highest number of threatened species."

The study says approximately 48% of existing bird species worldwide are known or suspected to be undergoing population declines. Populations are stable for 39% of species. Only 6% are showing increasing population trends, and the status of 7% is still unknown. The study authors reviewed changes in avian biodiversity using data from the International Union for Conservation of Nature’s "Red List" to reveal population changes among the world's 11,000 bird species.