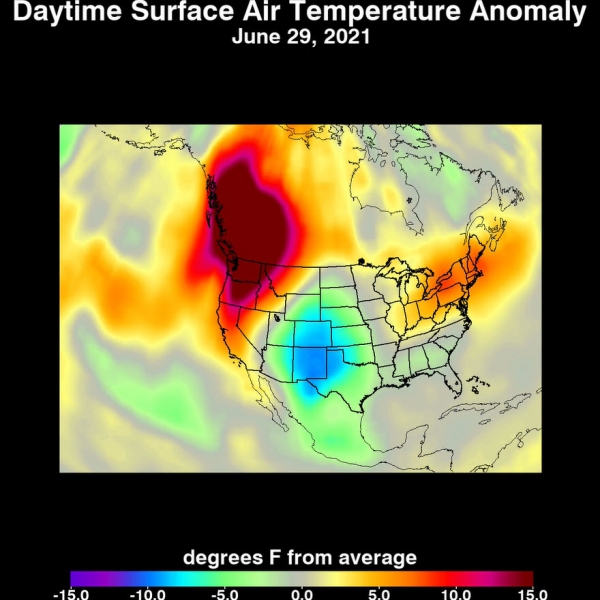 On April 13, a blizzard dropped 4 feet of snow on Minot, North Dakota, as a drought-fueled wildfire burned in Ruidoso, New Mexico, and severe storms spawned eight tornadoes in Kentucky. NASA’s Atmospheric Infrared Sounder (AIRS) helped weather forecasters predict these events, as it’s been doing since it was launched in 2002. But now AIRS also helps researchers calculate the role climate change plays in these extreme weather events. It has become indispensable in other ways that couldn’t be foreseen when the weather instrument launched aboard NASA’s Aqua satellite in May 2002.

“Understanding what happened in the first couple of decades of the 21st century is critical to understanding climate change, and there’s no better record than AIRS to study that,” said Joao Teixeira, AIRS science team leader at NASA’s Jet Propulsion Laboratory in Southern California. “I see us as guardians of this precious dataset that will be our legacy for future generations.”

AIRS measures infrared – heat – radiation from the air below the satellite to create three-dimensional maps of atmospheric temperature and water vapor, the main ingredients for any kind of weather. The instrument proved to be an almost immediate success: Within three years after AIRS’ launch, assessments of forecasts made by professional meteorologists showed that incorporating AIRS data in weather forecasting models produced a significant increase in accuracy.