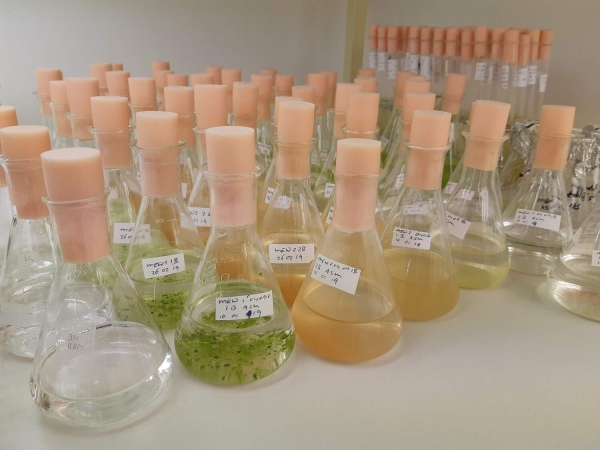 Organisms adjust their cell walls according to environmental conditions such as temperature. Some adaptations involve changes in lipids which may still be preserved long after the rest of the organisms has been degraded. Researchers at the University of Göttingen studied a specific group of lipids called long chain diols which are found in sea sediments all over the world, and which can be preserved for millions of years.

The researchers discovered that these lipids are produced by an, until now, unknown group of marine eustigmatophyte algae which evolved before the currently known species originated. This finding changes our understanding of the composition and evolution of these algae, as previously they were considered to consist of a relatively small group of mainly soil and freshwater species.

In addition, the researchers show that a ratio of these distinctive lipids, known as the Long chain Diol Index, can be used to reconstruct summer sea surface temperatures from the past. The research was published in the Proceedings of the National Academy of Sciences (PNAS).