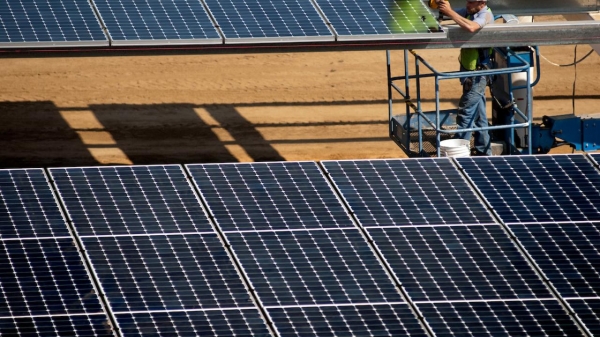 Certain groups exposed to more air pollution than others. Cleaner fuels could help.

Switching to low carbon fuels for transportation, cooking, heating, power generation and other needs would help fight climate change and also reduce racial and ethnic disparities in exposure to air pollution, according to researchers at the University of California, Davis.

Research published in the journal Science of the Total Environment found that differences in exposure to fine and ultrafine particle pollution could be reduced between 20 and 40% in 2050 if solar, wind and electric sources were used rather than fossil fuels.

The findings factor in California’s ban on the sale of new gas-powered passenger vehicles beginning in 2035 and illustrate the need to focus beyond transportation pollution, which has been a significant source of climate-damaging emissions.

“Even though transportation pollution has been largely decreased by 2050, the other sectors will still be important,” said Yiting Li, a Ph.D. candidate in atmospheric sciences who is the first author on the journal article.