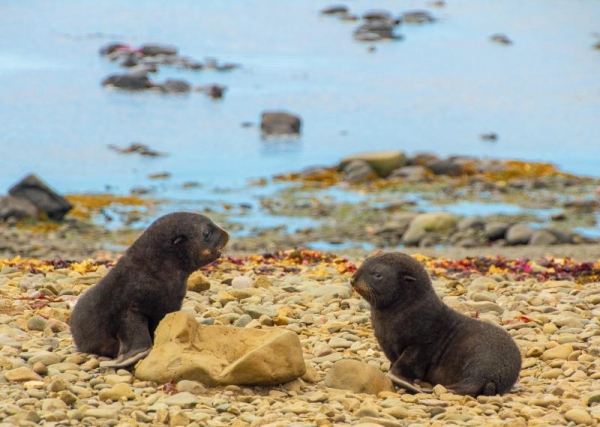 Research biologist Douglas Krause has studied fur seals in Antarctica for more than 20 years. As leader of pinniped studies in the Antarctic Ecosystem Research Division at NOAA Fisheries Southwest Fisheries Science Center, he and many colleagues thought they knew how climate change would affect the photogenic fur seals that are a key species in the Antarctic ecosystem.

They figured that the fur seals would benefit from warmer temperatures and habitat that would emerge as sea ice melts along coastlines. The species should flourish, they thought, a winner in the climate change lottery that affects different species in different ways. The reality turned out to be just the opposite.

Krause and his colleagues recently published a new study showing that the fur seal population in the South Shetland Islands of Antarctica is declining sharply, especially at its largest colony on Cape Shirreff. The population faces greater risk from climate change and predation than fur seals elsewhere in the Southern Ocean. The population is aging, with fewer females giving birth to fewer pups each year.