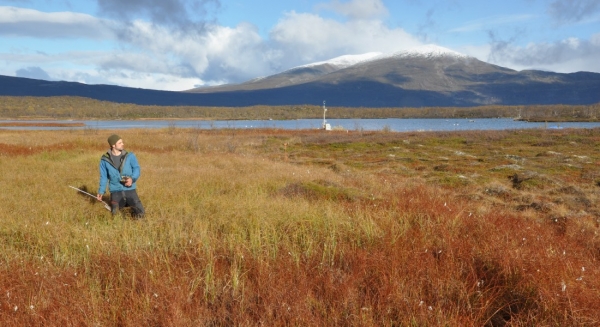 It is widely understood that thawing permafrost can lead to significant amounts of methane being released.

However, new research shows that in some areas, this release of methane could be a tenth of the amount predicted from a thaw. The research was conducted in Sweden by an international group that includes researchers from the University of Copenhagen. A crucial, yet an open question is how much precipitation the future will bring.

Permafrost runs like a frozen belt of soil and sediment around Earth’s northern arctic and sub-arctic tundra. As permafrost thaws, microorganisms are able to break down thousands of years-old accumulations of organic matter. This process releases a number of greenhouse gases. One of the most critical gasses is methane; the same gas emitted by cattle whenever they burp and fart.

Because of this, scientists and public agencies have long feared methane emissions from permafrost to rise in step with global temperatures. But, in some places, it turns out that methane emissions are lower than once presumed.