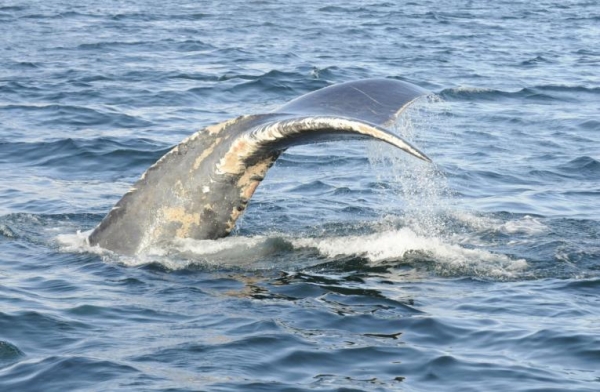 Most North Atlantic right whales that are severely injured in fishing gear entanglements die within three years, a study by the New England Aquarium and Duke University finds.

North Atlantic right whales are a critically endangered species whose population has shrunk in recent decades. Scientists estimate fewer than 350 of the iconic whales are still alive in the wild today.

To examine the role fishing gear entanglements have played in the species’ decline, the researchers tracked the outcomes of 1,196 entanglements involving 573 right whales between 1980 and 2011 and categorized each run-in based on the severity of the injury incurred