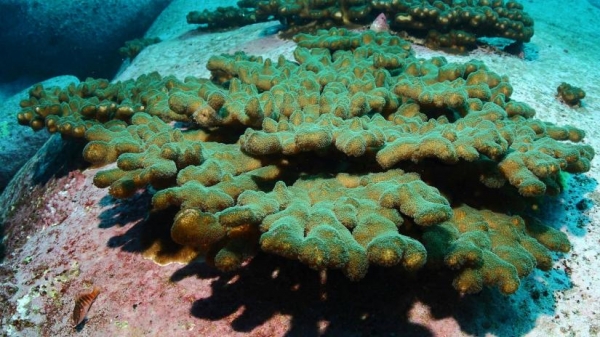 Subtropical corals are heading south to Sydney. Are they dangerous invaders or harmless refugees?

Worsening environmental pressures, such as higher sea temperatures, are causing the catastrophic loss of coral cover around the globe. As the waters of the Great Barrier Reef warm, subtropical corals are heading south in search of cooler waters.

Sydney has recently become home to a new subtropical coral, which raises a significant question: could Sydney be a refuge for corals displaced by climate change?

The answer, say coral reef researchers at the University of Technology Sydney (UTS), is yes … but. A new study, analysing the metabolism of these new corals under existing and future warming scenarios, found the invading subtropical corals will survive and thrive in coastal Sydney.

Image via University of Technology Sydney