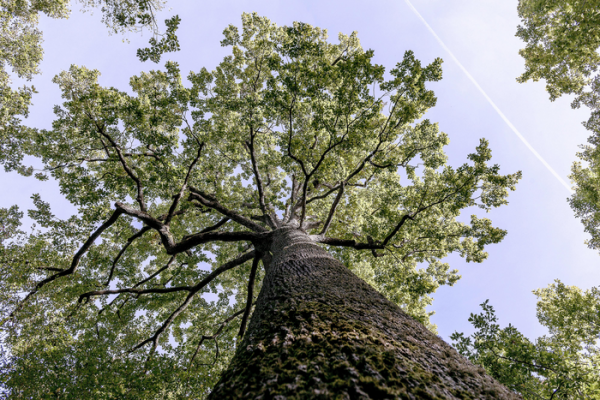 Planting forests is one way to mitigate climate change.

Planting forests is one way to mitigate climate change. The origin of seeds is crucial to optimize the success of planted trees and their ability to adapt to future climates. INRAE and ONF (French National Forest Office) ran a large-scale study for more than 30 years using a collection of about 100 populations* of sessile oak from all over Europe. Spread over four experimental sites in France, they were looking to identify the best seed sources for the species. Their findings, published in Annals of Forest Science, show that tree populations from regions with a long tradition of forestry have the best combination of ecological and silvicultural traits (survival, growth, shape, phenology). Scientists recommend using about 30 seed sources for planting sessile oaks in France, bringing together the diversity and adaptation needed to respond to climate change.

The drought of 1976, which affected France and portions of Europe between the autumn of 1975 and the summer of 1976, resulted in an increase in the mortality of forest trees, particularly pedunculate oaks. The decline led to research on the adaptation of oaks in general and particularly sessile oaks, which remain the most planted deciduous species in France. The ONF and INRAE joined forces and gathered a collection of 110 sessile oak populations - 70 from France and 40 from elsewhere in Europe - on four experimental sites located in the French departments of Sarthe, Cher, Nièvre and Moselle. For 30 years, the scientists studied the evolution of the traits of interest of these oaks (survival, growth, shape, ability to adapt to climatic variations) and their genetic variability. The goal was to identify the best seed sources for planting sessile oaks best suited to future climates.