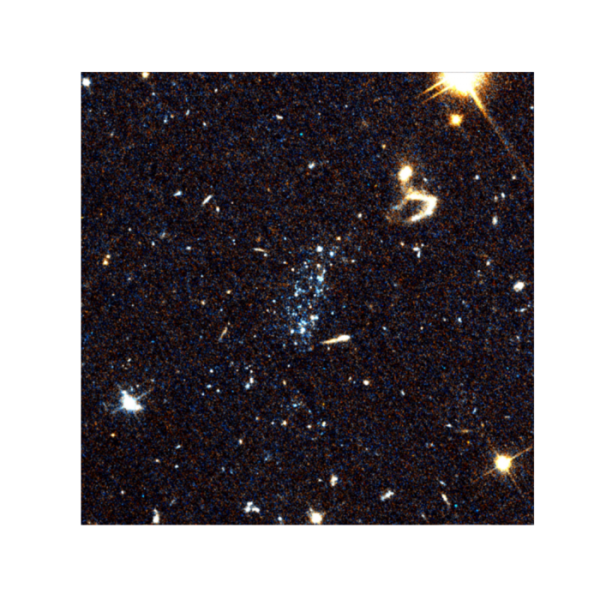 University of Arizona astronomers have identified five examples of a new class of stellar system.

University of Arizona astronomers have identified five examples of a new class of stellar system. They're not quite galaxies and only exist in isolation.

The new stellar systems contain only young, blue stars, which are distributed in an irregular pattern and seem to exist in surprising isolation from any potential parent galaxy.

The stellar systems – which astronomers say appear through a telescope as "blue blobs" and are about the size of tiny dwarf galaxies – are located within the relatively nearby Virgo galaxy cluster. The five systems are separated from any potential parent galaxies by over 300,000 light years in some cases, making it challenging to identify their origins.

The astronomers found the new systems after another research group, led by the Netherlands Institute for Radio Astronomy's Elizabeth Adams, compiled a catalog of nearby gas clouds, providing a list of potential sites of new galaxies. Once that catalog was published, several research groups, including one led by UArizona associate astronomy professor David Sand, started looking for stars that could be associated with those gas clouds.