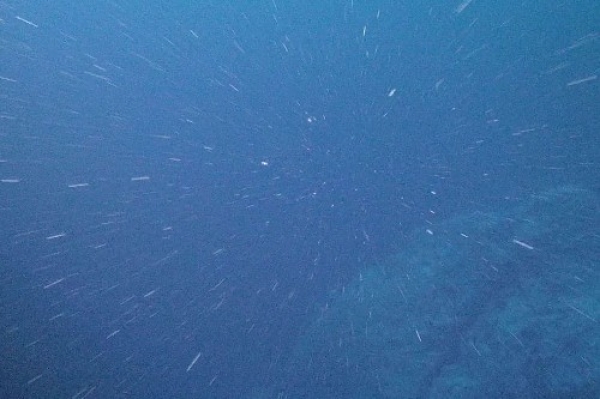 The amount of carbon stored by microscopic plankton will increase in the coming century, predict researchers at the University of Bristol and the National Oceanography Centre (NOC).

The amount of carbon stored by microscopic plankton will increase in the coming century, predict researchers at the University of Bristol and the National Oceanography Centre (NOC).

Using the latest IPCC models (Intergovernmental Panel on Climate Change), the team expects the ‘Biological Pump’ – a process where microscopic plants, often called phytoplankton, take up carbon and then die and sink into the deep ocean where carbon is stored for hundreds of years – to account for five to 17% of the total increase in carbon uptake by the oceans by 2100. Their findings were published today in the journal PNAS (Proceedings of the National Academy of Sciences).

Lead author, Dr Jamie Wilson, of Bristol School of Earth Sciences, explained: “The Biological Pump stores roughly double the amount of carbon dioxide that is currently in our atmosphere in the deep ocean. Because plankton are sensitive to climate change, this carbon pool is likely to change in size so we set out to understand how this would change in the future in response to climate change by looking at the latest future projections by IPCC models.”

Microscopic organisms living in the sun-lit surface of the ocean called plankton use carbon dioxide during photosynthesis. When these plankton die, their remains rapidly sink down through the "Twilight Zone" of the ocean (200 - 1000m) where environmental factors, such as temperature and oxygen concentration, and ecological factors, such as being eaten by other plankton, control how much reaches the deep ocean where the carbon from their bodies is stored away from the atmosphere for hundreds to thousands of years. Warming of the oceans slows down the circulation, increasing the time that carbon is stored in the deep ocean.

Image: Surface phytoplankton captures carbon, stores it in cell walls, and transfers the element to the ocean deep after the algae die. Now, researchers are looking at how the seasons might affect this process. (Image credit: NOAA National Ocean Service/Wikimedia Commons, public domain)