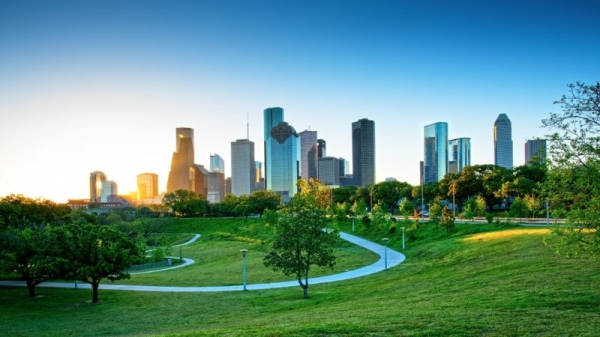 Sunnyside, one of Houston’s oldest historically Black communities, has been hit hard by many of the recent hurricanes that have struck along the Gulf of Mexico.

Green infrastructure (GI) is a network of interconnected green spaces that reduce the impact of flooding in urban areas. In communities like Sunnyside, which has 14 facilities within a mile that release toxins into the air and water, GI can also reduce the amount of contaminants in stormwater runoff.

Several tools have been created to measure the impact of GI, flooding, and runoff, but by combining these tools in a way never done before, Superfund researchers were able to put together a plan that would not only reduce flooding immediately but also create a healthier and more sustainable community for years to come.

“Sunnyside has a lot of vacant properties but it doesn’t have a lot of money to build things like levies. The idea was that we would use green infrastructure as a cheaper way to help combat a lot of the runoff and flooding issues,” said Galen Newman, principal investigator of the Superfund Center’s Community Engagement Core.

“The longer GI stays in place, the more effective it is over time,” he said. “We wanted to show Sunnyside that if they invest a little up front, it will pay for itself in the long run.”