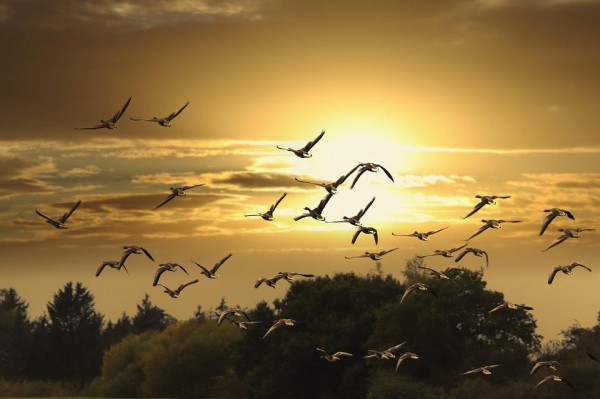 Every spring, migratory birds arrive in the continental United States from south and central America to breed.

Every spring, migratory birds arrive in the continental United States from south and central America to breed. But precisely when they arrive each spring varies from year to year. In a NASA-led study published in the Bulletin of the American Meteorological Society, scientists have linked this variability to large-scale climate patterns originating thousands of miles away.

Migratory birds benefit ecosystems by helping to control pests, pollinating plants and serving as food for other wildlife. The more land managers know about the current migration patterns of these birds – and the migration patterns that are likely to develop in the future due to climate change – the better they can direct their efforts to protect the birds and to restore and conserve their habitats. This study brings them one step closer to that goal.

The scientists analyzed 23 years of bird migration data collected via NOAA’s Next Generation Radar system – a network of 143 radar stations across the continental U.S. – to determine the variability in the birds’ arrival times each spring. This is where they made their first discovery: The U.S. could be divided into two regions, east and west, each with a distinct pattern of variability in bird arrival times.