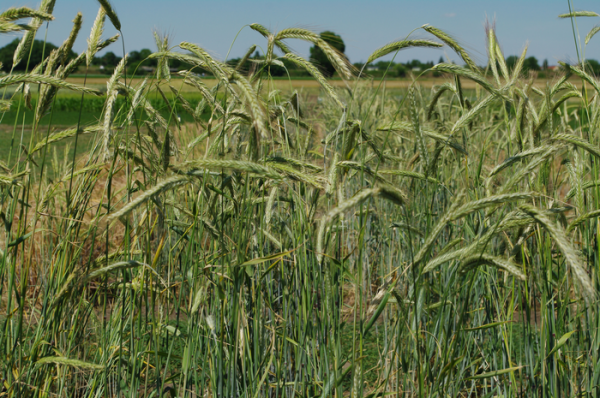 In their study, the team investigated various properties and the genetic material of 916 wild and domesticated rye plants from different regions in Europe and Asia.

In their study, the team investigated various properties and the genetic material of 916 wild and domesticated rye plants from different regions in Europe and Asia. They were particularly interested in the so-called recombining regions of rye. In essence, this describes how often the genetic material within a plant mixes along a chromosome during cell division. "The process of recombination plays an important role in a species’ evolution because it enables two beneficial gene variants to combine," explains Dr Steven Dreissig from MLU. At the same time, useful variants can also be separated from ones that are less beneficial. The larger the recombination landscape, the more plants are able to flexibly recombine their genetic material.

For early farmers, however, this process was disadvantageous: agriculture relies on uniform plants with more or less there the same properties and the same genetic material. In the case of rye, says Dreissig, the situation is aggravated by the fact that the plants depend on cross-pollination; unlike barley or wheat, they are unable to self-pollinate. "Rye pollen can travel up to several kilometres. This allows populations that are separated spatially to remain in contact and exchange genetic material," says Dreissig.

People started growing cereals, such as barley or wheat, around 12,000 years ago. Most of the varieties established today originated in the Fertile Crescent region of the Middle East. "Rye is assumed to have first spread to Europe as a weed and could only be domesticated there much later because there were no disturbing wild varieties," says Dr Martin Mascher from IPK, who is also a member of the German Centre for Integrative Biodiversity Research (iDiv) Halle-Jena-Leipzig.