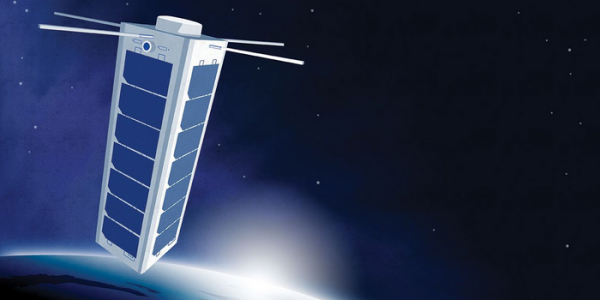 West Virginia is now on its way toward launching the state’s second small satellite.

West Virginia is now on its way toward launching the state’s second small satellite. A team from West Virginia University and the NASA West Virginia Space Grant Consortium is poised to turn that achievement into a massive boost for the aerospace industry statewide by taking the first steps toward opening the West Virginia Small Satellite Center of Excellence.

The SmallSat Center will work with businesses and other organizations to develop West Virginia’s second small satellite and to help those partners offer services and products to clients who want to fly experiments out to low orbit. As Melanie Page, director of the Space Grant Consortium, put it, “It’s like a ‘Field of Dreams’ for small satellites.”

With the announcement of $911,708 in U.S. Economic Development Administration funding, that mission is a go.

West Virginia’s first small satellite, STF-1, launched from New Zealand in 2018 and vastly exceeded the usual three-month lifespan for a SmallSat – it’s still up there, transmitting from outer space, more than 1,300 days later. When it came time to capitalize on STF-1’s success, Candy Cordwell, assistant director of the Space Grant Consortium, and Majid Jaridi, former director, envisioned the next SmallSat kickstarting and sustaining an entire industry for aerospace research, products and services in West Virginia.

Image: The launch of WVU’s Small Satellite Center of Excellence will enable West Virginia to send its second SmallSat into space and holds the potential to jumpstart the aerospace industry statewide. (Credit: WVU Illustration)