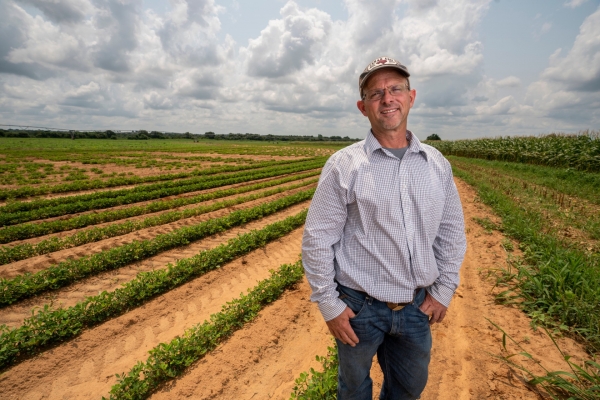 Researchers aim to develop peanuts with high oil content that could be used as feedstock for lower-carbon fuel production.

Peanut oil powered the world’s first diesel engine when it was premiered by Rudolf Diesel at the World Exposition in Paris in 1900. Now, a collaboration between Chevron and Texas A&M AgriLife is reviving the use of peanuts as a renewable feedstock for diesel fuel with a lower carbon intensity.

Carbon intensity is the energy expended to produce a product, including production inputs such as water, pesticide and fertilizer, and how much net carbon that process adds to the atmosphere. Lower carbon intensity is important in developing sustainable agricultural practices.

The five-year, multi-million-dollar project will be led by John Cason, a Texas A&M AgriLife Research peanut breeder at Stephenville. Development of the “diesel nut” will be multi-pronged and will include estimating economic feasibility, advancing existing high-oil peanut germplasm and developing new, low-input peanut lines for the renewable diesel industry.