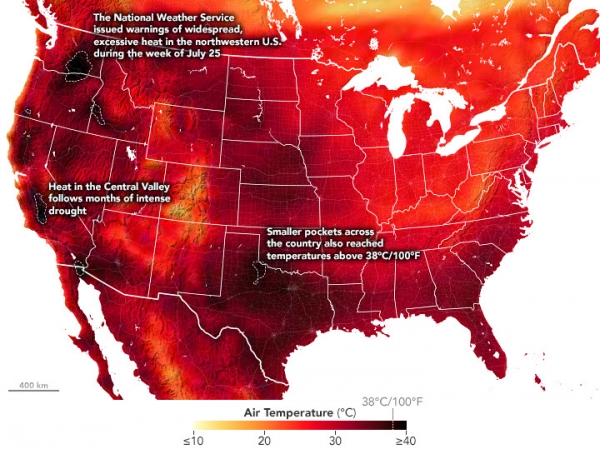 In the United States, pervasive and persistent heat domes put more than 150 million people under heat warnings and advisories in the month of July.

At the beginning of July 2022, NOAA’s monthly climate outlook favored temperatures well above average across much of the United States. The outlook proved prescient.

Around the globe in summer 2022, wave after wave of heat crested and broke. Heat waves, particularly in Europe and Asia, caused thousands of heat-related deaths. On July 19, the U.K. had its hottest day ever recorded as temperatures topped 104°F (40°C).

In the U.S., the heat was pervasive and persistent as atmospheric high-pressure systems established stagnant heat domes, which placed more than 150 million people under heat warnings and advisories. Nearly every region of the continental U.S. experienced above-average temperatures. Several states saw record-breaking triple-digit highs, some for days on end. With the added impact of high humidity in many regions, the extreme heat threatened life and health.